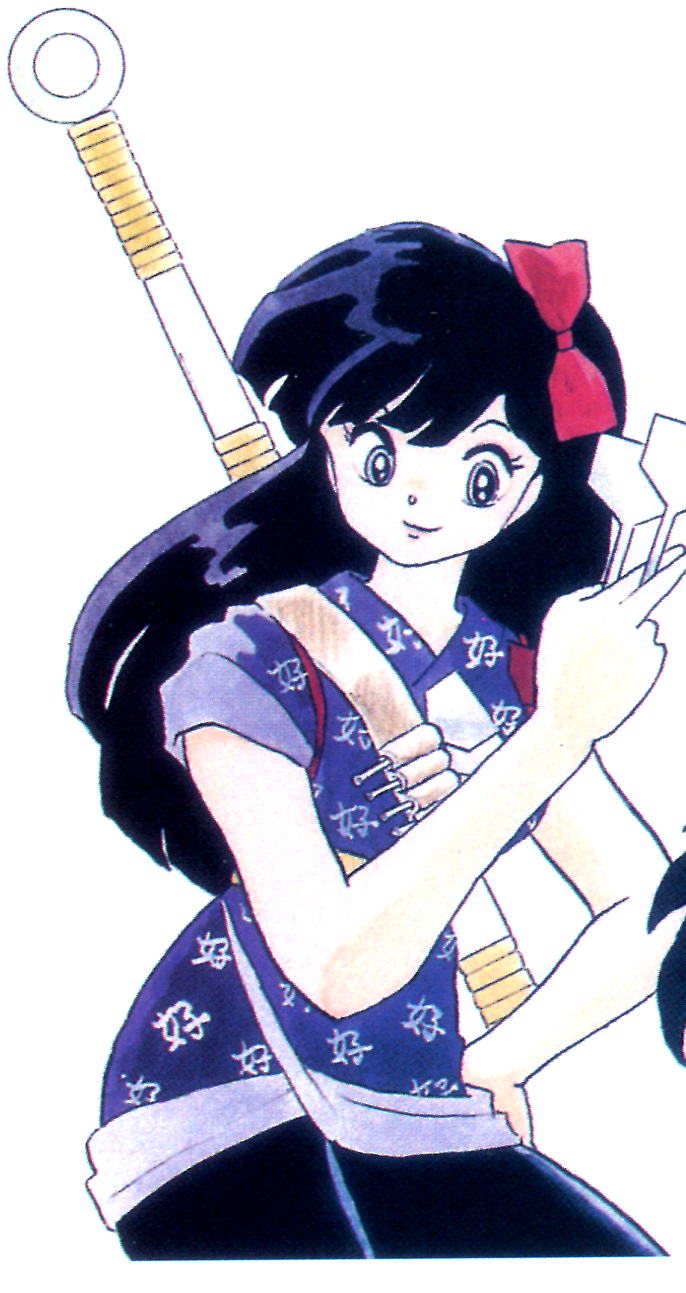 Everyone should have at least once in their lifetime encounter Ranma 1/2. It is after all the standard of many current harem type anime comedies. Rob of Panel Patter has been spending a year covering the series of Ranma, and now he is running a weekly Takahashi Rumiko feast on his blog. Even on my own blog, I have written about five other entries for the feast. But seeing that I have covered art books on this site. Here I go!

This version of the art book has out of print for a while, you can still find used copies of it online. Actually around six years ago, I saw a copy of this in London, but didn’t think to pick it up until now. If you collect anime/manga art books you may have realized that many of them is quite costly since it is usually an imported product, but many American publishers of manga, has translated some artbook, so this is definitely a wallet saver. The Art of Ranma 1/2 has many quintessential images of the manga represented in this book.

Lets see the table content are pretty clear in what is the subject of this book.

So there you have it, a treat for any fan of this classic tale of Ranam 1/2. Definitely a favorite depiction of Ranma and cast is in China style clothing.

Shampoo is also a fan favorite, so there are many pleasing images of her. Although she was never my favorite, since of the entire female fiancees, with the exception of female Ranma, I have always been an Ukyou fan. Who is your favorite?

There’s a great deal of manga depiction of many supporting characters, especially in those fantastic group pictures. So for fans who are only familiar with the anime, there is the manga look of characters as well. This is a pure feast for the eyes of any Ranma 1/2 fans, and the comments that are written is in English, so definitely.

Linda is a life long fan of anime, and dabbles in a lot of things. She writes with a tentative neutral voice.. and as for that three year anime blogging mark, she tries to defy that as she is gaining a voice in other mediums ie: Twitter. Find her at other places online. "They say a little knowledge is a dangerous thing, but it's not one half so bad as a lot of ignorance." -Terry Pratchett