There has been a lot of playing to nostalgia lately in pop culture, but no more so than in Hollywood. For example, the Gunsmith Cats Kickstarter was going on in March and April, and Crunchyroll’s backlog of classic anime grows larger by the week. At the same time though animation does not tend to reboot old shows as often as American television or Hollywood does, so it was a surprise when the understated Kino’s Journey series was getting a reboot after more than a decade.

While there are some issues with the new series, such as Kino looking slightly more feminine in this incarnation as well as the pacing of the series seeming to emphasize violence and action, it is interesting to go back to Kino and their life of constant travel as someone who is a queer person, and as someone who is trying to follow not only queer studies in the US, but also in Japanese cultures and elsewhere. I unfortunately cannot separate the choice for Kino to be portrayed androgynously with the series and with its reception: many animated series seems to use a character’s androgynous appearance as a plot point or for comedic value. In Kino’s Journey, while Kino may represent the viewer more easily this way, the androgynous appearance is not a cliche. Kino just lives their life, going from town to town and just trying to experience life, instead of trying to be a disruption. The fact that the character of Kino comes across as more obviously female in the renewed series, then, is a change that cannot be overlooked. Why the change?

Perhaps this is an aesthetic choice or a choice rationalized with market and audience. Like I mentioned, the portrayal of Kino in the first series was more androgynous: there were very few hints to the viewer as to how they identified, and their language use even did not reveal too much about their gender. The renewed series did give more of a feminine touch to Kino’s character design, but also changed the focus and pacing to seemingly concentrate on action sequences. If it was an aesthetic choice, then why? In Japan, clothes are not necessarily indicative of gender, and indeed lately in the news one can see Japanese and Korean stars talk about feeling genderless in terms of dress and style. They wear the clothes they want to, whether it is Lolita fashion or urban punk fashion, and that is that. Japanese beauty products are marketed to men as well, and even recently there have been a surge of Japanese businessmen looking to nail polish and nail art as a way to not only proclaim group status (such as painting their nails in company colors) but as a way to demonstrate some style.

Which brings me to my next observation: if the changes were because of the times, or because of changing trends in the market, then what does that mean for “the market” and who is the intended market for Kino’s Journey? In the Japanese animation industry, most animation is admittedly for the Japanese domestic market first and foremost. While there are exceptions, such as the second season of Big O or the development of Space Dandy, and even though simuldubs are becoming more and more commonplace, the primary focus on the Japanese market remains the norm by the studios and decision makers themselves.

My final point though, which may nullify the first two, is finding out that the voice actor of Kino from the first series played a major role in pushing for a new series. In that case maybe it is just a recognition that the story of Kino might be applicable to audiences even a decade or so after the first series, and a hope that more people can discover them. 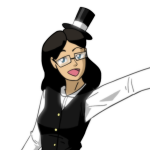 For nearly two decades, Katriel has been learning about Japanese cultures and sacred cultures – at first becoming curious thanks to fandom and shows like Sailor Moon. Now, Katriel presents series analyses of anime and game series, such as Persona, and overviews of cultural aspects such as poetry, aesthetics, and sacred cultures.