The third and final part of Sh1zuka‘s Anime USA 2011 report. This one focuses on the growing pains of the burgeoning convention, which will move to a new location at the Marriott Wardman Park this year.

AnimeUSA 2011 was held from November 17 – 20, 2011 at the Hyatt Crystal City in Arlington, Virginia. This hotel has been used years prior to hold Katsucon and Otakon. Katsucon’s hotel, the Gaylord at National Harbor, is visible across the river from AnimeUSA’s hotel, and many of the AnimeUSA staff also staff Katsucon.

It’s interesting that AnimeUSA will also move away from the Hyatt Crystal City. Next year, AnimeUSA will be moving to the Washington Marriott Wardman Park, a larger venue that should solve many of AnimeUSA’s current problems. As an attendee of AnimeUSA since 2009, I feel that AnimeUSA has finally outgrown the Hyatt this year, so the venue change is a welcome one.

AnimeUSA’s layout changed significantly this year, moving the Video Game Room and Convention Operations to the upper floors, and moving the Art Show to the B1 level. A fourth track for panels was added at the bottom floor, in a large, stadium-like room.

Placed in the middle of the Artist Alley, the Art Show garnered much more attention than last year, where it was located in a corner on the bottom floor. I feel like the new location of the Art Show is a major improvement. Unfortunately, I could not get any pictures of the new location as photography was (rightfully) prohibited.

However, some of the other layout changes were questionable. I managed to completely miss the fourth panel room during the convention, as it was located in a corner at the bottom of the convention. Also, the Video Game room was moved from its location on the B1 floor to the 3rd floor and placed next to a Workshop track. I heard complaints that noise from the game room bled over to the workshop room, making it difficult to hear the panelists unless you were in the front row.

Due to having only one entrance/exit, the AnimeUSA Video Game Room could not be held in the same location as it was in 2010 because of fire safety concerns. As the convention guide was printed to show the Game Room in its previous location, it seems like the change was made last-minute due to an order from the fire marshal at the convention. As a result, the Board Game Library was cut from programming this year.

I have always found AnimeUSA’s dealer’s room organization to be quite good; going back this year, I found the usual booths near their usual locations. Hen Da Ne sells doujinshi (fanmade manga) and Japanese video games; Anime Sekai sells your typical figures and artbooks, etc. I also noticed a new vendor selling Asian snacks, Anime Snack Time, with a snazzy booth. I look forward to seeing them at other conventions that allow food sales.

I really felt like AnimeUSA has outgrown its dealer’s room this year. Thankfully, the Dealer’s Room is open late and the traffic clears up then, but hopefully, the new venue that AnimeUSA is moving to will solve all of these issues.

AnimeUSA offers six tracks of programming with 90-minute (or multiples thereof) timeslots for panels and workshops. The unusually long panel length of 90 minutes makes it easier to organize the schedule at the cost of programming density, as fewer panels require multiple timeslots.

Unfortunately, five of the six programming tracks were located far away from the rest of the convention, on the 3rd floor. Even so, lines still formed before popular panels, creating major traffic issues along the narrow 3rd floor hallway–tabletop gaming tables along the hallway reduced the width to as little as five feet wide. The small panel/workshop rooms, with a capacity for about fifty people, rapidly filled up for many panels, and staff had to limit the number of people inside the room.

Sound pollution has been a recurring issue for AnimeUSA’s panels. This year, non-18+ panels were finally allowed to close the room doors, solving sound pollution issues from the outside hallway. However, the wall between the panel rooms is still just a thin wall, and it was not difficult to hear the next room’s laughter drown out the voice of the panelist of the panel you are in. This was particularly tragic for the Workshop 2 track this year, which competed against the noisy video game room next door. People in the back could barely hear the panelists, even with a mic and a sound system.

AnimeUSA’s main issue this year, outgrowing the Hyatt Crystal City, is going to be solved next year by its move to the Washington Marriott Wardman Park. With four times the convention space of the Hyatt Crystal City, AnimeUSA is going to be able to finally significantly grow in size, something that it deserves for putting together a very fun convention and addressing issues each year. I look forward to attending AnimeUSA 2012! 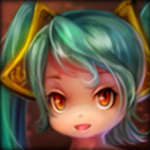