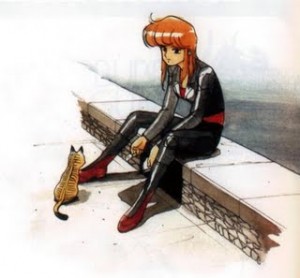 Hi all. Seeing this title, if you actually read this far, I congratulate you. After all, why bother reading someone’s effort pouring out his heart? At the same time, I’m elated to see all the interaction we have on the site – praises and criticisms, loves and hates, positives and negatives. All that means we have people reading, getting up and responding. That’s what we thirst for, really – interacting with y’all and knowing that, positive or negative, we’re being read. After all, why bother leaving the comment section open if we didn’t want to hear what you have to say?

I can be such an ass sometimes and a loser at other times; I get angry and reactive easily toward comments I don’t like; I’ve been know to respond in unkindly matter and not just taking it in. But that’s me; I take all your comments seriously and I answer each one with one comment field, not bunched together in the same reply. Maybe I am an idiot; maybe I take it all too seriously. In today’s world, nobody takes those things seriously; I mean, there is real life and there is the net; only teen people sometimes gets quite serious about it and yell back and forth.

However, sometimes I still feel as if though it mattered, no matter what the rest of the world thinks. When called, I still stand up sometimes and answer as the fool, receiving all the mockeries and jeers and  blush. Does it mean I care? Who knows? But sometimes, even though it’s once in a blue moon, I’d do something special, and someone says in the comment section:

You’ve made my day.

Heh. You know I made that into a sentence on its own because I did it on purpose to demonstrate a point. But yes, that tend to make me feel really good.

Even though, in my sometimes very humble and other times very proud opinion, I’m just a loser not too different from trekkies and other nerds wishing that someone out there  would understand and agree with their views on a certain article.  After all, like them, I’m just another nerd with a different title – “Otaku”, and feeling oddly proud of it.

It’s the fact that even if I were the only person in the entire world that’s listening to “Lost Type Rival” on Bubblegum Crisis CD right now, I’d still enjoy it and wishing that I were in 80”s Japan. Even if I were the biggest idiot in the world for liking what I like, I’d still like it.

2 thoughts on “Believing and Striving.”