Sometimes, people hate what they don’t understand. Sometimes, politicians go so far as to demonstrate this hatred on the public record.

State Representative Nickolas Levasseur (D-NH), pictured to the right above, posted to Facebook:

Anime is a prime example of why two nukes just wasn’t enough.

Leaving aside whether or not the Representative personally enjoys anime, this is an elected official joking about deploying atomic weapons on a civilian population simply because he dislikes their TV shows.

Red Hampshire broke the story immediately on the 24th, which is unsurprising given that such an irresponsible statement ought to be no less than political suicide. Major news media followed suit.


This is not the first time Levasseur has been caught on record saying outrageous things. In 2008 he claimed to enjoy hunting Republicans, calling it “a shooting sport.” Also in 2008, he sent an official email to belittle a voter who asked him to clarify his stance on handguns.

I believe that you would be well served by being tutored in several subjects. Perhaps a lesson on the purpose of civilized discourse or the purpose of representative democracy would be beneficial, or perhaps simply a course on manners. You see, it is a simple fact that people do not always agree. To the contrary, they more frequently do not. Even when around friends, as I was in the committee hearing, we might find ourselves in disagreement. This is not a problem or even a bad thing. However, when we cross the line from opinion to insult, from debate to harassment, then we lose what is best in ourselves and our system. If you wish to have an honest and open debate about the value of handguns versus their harm to society, I welcome it. However, if you wish to dishonor and degrade yourself by using insulting language and threatening tones, then I will not be part of it. While I do not agree with you on this particular issue, I have a responsibility to maintain the honor and dignity of the seat I hold, and I will not disgrace it by getting into a mud pitching battle.

I have to say that I find your comments to me to be at best dishonorable and at worst threatening. While I do not intend any further action, I am compelled to forward this and all other messages of this nature to the House Sergeant-at-Arms.

It seems that the cause of honor would be far better served by scrutinizing the language used by Nickolas Levasseur himself. To borrow a phrase, his outbursts might be called “at best dishonorable and at worst threatening.” Thus far, the New Hampshire House of Representatives has made no move to formally censure him.  These antics are a far cry from the type of behavior Levasseur promised when he first campaigned for election. 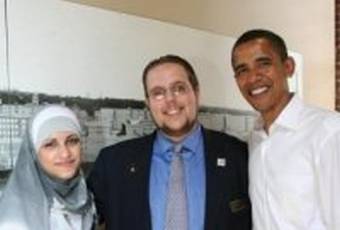 Have a word for your elected official?  Representative Levasseur can be reached at nickman205@comcast.net or (603) 782-4862.