Looks like the inevitable robot invasion may be coming sooner rather than later. A Japanese private security company by the name of Secom has begun to employ some very dystopian tech. Cute, friendly looking anime: AI Guards. The technological Singularity is coming to you soon, and it’s looking kawaii!

Japan is going full Psycho Pass with their very own robotic security force. These robotic guards will see use at businesses hoping to cope with the labor shortage currently facing Japan. Secom ultimately hopes their product can be used as receptionists and greeters as well as Security.

Helping Secom assume the role of Big Brother is a complex systems of Cameras and algorithms that can keep track of, whether an individual is hiding their identity or even acting unusually compared to prior patterns. The AI then calls the assistance of human guards to promptly handle the situation.

Sadly, there is no word yet on whether robo-neko maids on the production schedule. 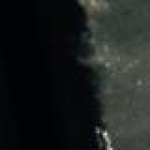